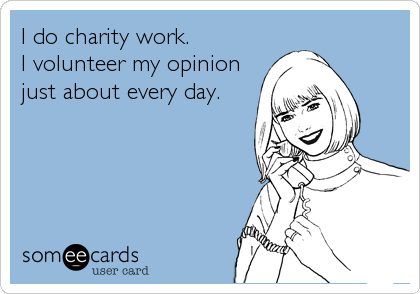 It’s a bad sign when KitKat asks me, “…any blog ideas?” which happened just this morning. If you look back at our postings, you can see that the longer gaps between posts are when we’re waiting on KitKat. Of course, this is justifiable because she has school-age kids and other obligations that keep her very busy. I have way more time to write. Usually, KitKat’s thrilled to have the blog-ball in my court because it gives her more time to work on her next post. But even she can tell I’m in a serious drought—and when she starts gently prodding me, I know it’s time to settle on a topic and get to work.

It’s not that life has been boring. On the contrary, there have been a lot of serious issues consuming my thoughts lately. However, both KitKat and I have noticed that the more something is on our mind, the harder it is to organize our thoughts on the topic and write about it. Consequently, you’re not going to hear about my challenges with my parents (although I’m sure that will be a future topic), or my thoughts on the recent terrorist activity in Paris (my brain will never be able to organize such a cowardly, inhumane act into a coherent post).

I’ve mentioned before that I’m an introvert and the worst part about that is it it’s easy for negativity to get stuck inside my head. That’s what’s been happening lately, and I know what I need to do in order to counter that: Turn negative inward thoughts into positive outward actions.

For the last couple of years, ever since my youngest flew the nest, I’ve been aware of a lack of purpose in my life. Raising three kids has been my primary activity for the last 26 years and now that they are largely independent, I’ve felt a void. I’ve been seeking out a volunteer opportunity where I could feel like I was doing something worthwhile and after a couple of false starts, joined a program that provides mentors to unemployed/underemployed women.

My first mentee match was unusual, to say the least. I looked up my match on LinkedIn before meeting her—a native of Zimbabwe, spoke multiple languages, won several scholarships, was working on an advanced degree, had previously been Miss Africa, and had started a couple of businesses and non-profits. I met her and we had a great conversation; however, I wasn’t sure how much I could help her. She was a force to be reckoned with and it was clear she would go far in life. In fact, she made me feel a bit inadequate about my own achievements: I had done far less with far more. We tried to coordinate our mentoring sessions but she had too much going on in her life to meet with me. (She was interested in public policy and had been chosen for an internship with the United Nations—seriously!) So while I was happy to have met such an ambitious young woman, I didn’t get much personal satisfaction from “helping” her.

Enter Ellen, my second match via the mentoring program. As with my previous match, I tried looking her up on LinkedIn beforehand, but there was no profile to be found. We met at a coffee shop. I was surprised to see that she was older than me. And then she told me her story. Her first son had died quickly of a brain tumor at the age of four and that sent her into an emotional tailspin (which anyone who’s a mother can understand). She became divorced and later became pregnant and had another son. She never married the boy’s father but supported him by cleaning houses. (After losing her first child, she wanted to make sure her schedule allowed her to be there for her son, as caring for him was her top priority.) Now her son had graduated from high school and she wanted to find a better paying job with benefits so she could start saving money for retirement.

Now here was someone I could help. We talked about how to translate the skills gained from her house-cleaning business into marketable experience—managing a staff, scheduling, selling her own cleaning products. We talked about online applicant tracking systems and how to best present your information to potential employers. (When I suggested that in addition to completing the online application, she also should attach a PDF of a nicely formatted version of her resume, she asked, “You mean put it on a floppy disk?” That’s when I knew I had my work cut out for me.)

At our next meeting, she excitedly told me about a job interview she had the next day. I told her what I knew about the company and helped her research the position online. I gave her tips on what to do/not do during the interview and stressed the importance of sending a thank you note afterward. Driving home, I thought about how the mentor/mentee relationship was benefitting both of us. Although I have been frustrated with my job of late, from Ellen’s perspective I was living the glamorous life—a well-paying job, an experienced team, global responsibility, fulfilling work—and I was reminded how fortunate I am to have all those things.

Meanwhile, I realized that the value I was bringing to Ellen wasn’t in the employment-seeking pearls of wisdom I was bestowing on her (those could be found in any job-hunting book), but in the faith and encouragement I was bringing her: From my vantage point, she was a strong woman who had overcome a lot of challenges and was willing to work hard. I believed in her success, but she needed encouragement.

At one point she said to me, “There’s no dignity in being a housecleaner” and I immediately disagreed: “You provided for you and your son by doing honest, hard work—there’s plenty of dignity in that!” And hearing it from me, she started to believe it as well.

I’m happy to report that Ellen got the job for which she was interviewing. While it’s starting at the bottom of the company and her shift begins at 3 a.m., she was thrilled to have benefits and hopes to work her way up to a customer service job with regular hours. With some help and support, I have no doubt she’ll get there.

And I gained something from the mentorship as well. I learned that getting out of my own head for a while is as restorative as any vacation—not to mention cheaper—and what I take for granted can make a difference for someone else.

2 thoughts on “A Charity Case or a Case for Charity?”